Principle 4: We embrace the differences that make all human beings unique recognizing that we all come from star material and are, therefore, equal irrespective of heritage, beliefs, gender, or gender preference. One planet, one race, one ancestry, one destiny. 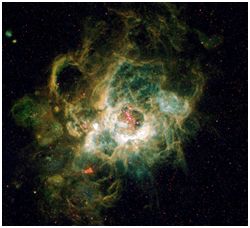 History is filled to the brim with examples of human inhumanity. Racism, bigotry, slavery, and general intolerance have cast a hideous blemish on humanity that continues right up to the present. Groups exist that have been formed around one central theme: “Hate everyone that is not like us.” These groups include the Ku Klux Klan or any number of their various neo-Nazi offshoots as well as any culture that denigrates woman simply for being born female (which includes many religious theologies). Groups like this do not recognize that by hating those not like them, they actually indict themselves as betrayers of the human race.

It is an objective fact of science that everything in our universe was formed from clouds of interstellar dust in what are called “stellar nurseries.” In addition to every element known to science, this includes every person of every color or gender who has ever existed or will ever exist. We are quite literally made of the stuff of stars. This being the case, no human being is inferior or superior to any other human being.

Unfortunately, much of religion bears culpability for teaching that certain races, gays and lesbians, and the female gender are cursed by God and therefore inferior. Such concepts are contemptible to any informed and enlightened person. History nearly breaks under the burden of bloodguilt (to use a common religious term) from this source.

However, the diversity among humanity is not an evolutionary mistake; it is an evolutionary constant. We see great diversity among most species on this planet. Diversity is literally in our genes, and to deny this diversity by hating those not like us is nothing more than pointing a big, fat finger at our own inherent origin. To hate others means to hate oneself, and to hate oneself is an act of self-betrayal. If one betrays oneself, he or she also betrays humanity.

Diversity is a beautiful thing, and more desirable than non-diversity. Have you ever noticed when looking at a diverse scene that much would be lost if there were no contrasting differences? Think of autumn colors. What if there was only one color of leaves regardless of the tree? There would be no contrast and the scene would be devoid of its traditional splendor.

It becomes clear then; humans are all made of star material and, therefore, equal regardless of heritage, beliefs, gender, or gender preference. 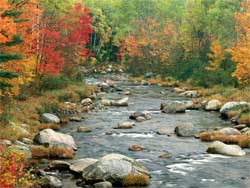 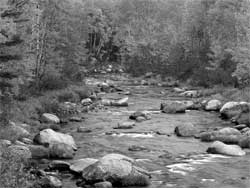